This article was originally published on The Conversation.

Currently 53% of the population doesn’t trust the pharmaceutical industry. Most of this mistrust is caused by the numerous scandals that have hit the industry in recent years, often related to controversial clinical-trial practices, data misuse or hidden secondary effects for commercialised drugs. Overall, patients have complained about the increasing lack of transparency of the pharmaceutical industry when it comes to the conditions in which drugs are developed and tested and this attitude is threatening the future of medical research.

A study conducted by Ioannidis et al. reported that 80% of trials described in publications were non-reproducible. In 2008, another study revealed that a considerable number of clinical trials were still unpublished up to five years after FDA approval. Moreover, researchers found discrepancies between the information sent to the FDA and data published and analysed in publications, the latter appearing to be more favourable to the sponsor, incomplete or biased.

To combat this, in April 2015 the World Health Organisation (WHO) published a statement requiring the public disclosure of clinical trials and re-affirming the basic measures in order to insure the veracity of the results. Moreover, the FDA requires all clinical trials to be registered on the public website clinicaltrials.gov. Despite this measure, only half of the clinical trials run worldwide are published. 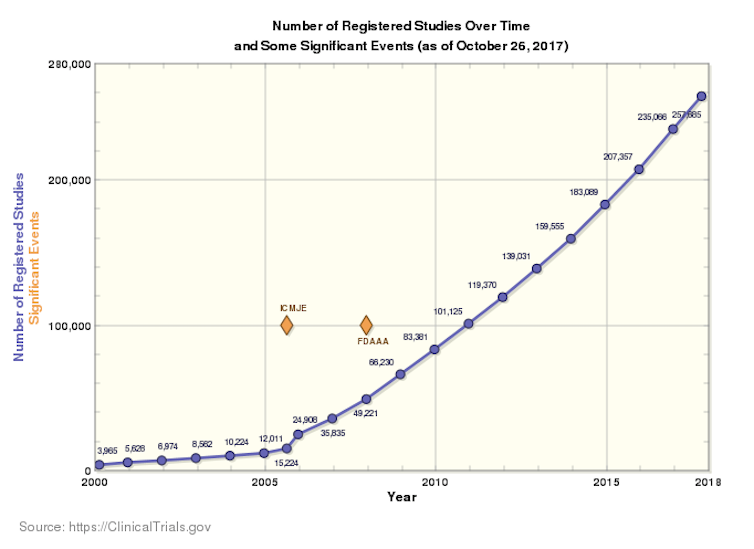 In 2016, out of the 235,066 studies registered, only 25,899 came with corresponding results which corresponds to approximately 11%. This inevitably leads to considering the reasons why the other 89% of the results were not published on the platform. 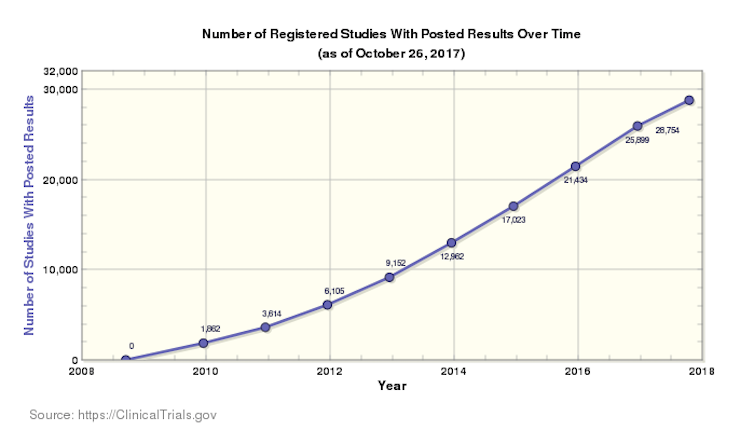 Greater access to medical and pharmaceutical online information is considerably changing the patient’s relationship with the industry. For instance, patients evolve from being simple spectators of their health to being true actors. Indeed, not only do they search their condition and symptoms online, but they also start investigating and questioning the treatments they are prescribed. Patients are now more than ever aware of the latest news in the pharmaceutical industry and, of course, of the latest scandals.

Due to the growing number of communication channels, these scandals take a considerable magnitude. However, the issue is not that information circulates among the population; the issue is that said information is often altered or misinterpreted. Therefore, pharmaceuticals labs are often accused, based on poor evidence, of focusing only on profit and not on the patient’s well-being. However when considering the growing amount of problems in the healthcare system, one can wonder if they should really be the only ones held accountable for all of the scandals related to pharmaceutical products or if the error does not sometimes come from elsewhere.

Although this creates substantial trust issues between healthcare stakeholders and patients, there are ways in which clinical trials processes can be improved especially using new technologies. One of the most promising tools of the past decade is without a doubt “distributed ledger technologies” such as the blockchain.

The blockchain is a decentralized data management system famous for being the underlying technology of the crypto-currency bitcoin. For the past years, there has been a growing hype around this technology mainly due to its central attributes such as security, transparency and traceability. While 80% of the papers covering blockchain link it essentially to Bitcoin only 20% explore other aspects of the technology. Therefore, there is a great need to further explore this promising technology in the healthcare sector.

Imagine the blockchain like a big secure notebook that stores a list of encrypted information. The notebook is immutable, meaning that the information it contains cannot be changed or deleted. This notebook is also transparent which means that anyone can make sure that the information has been written by the right person and was correctly registered. However, what makes blockchain different from other technologies, is that it is decentralised. Indeed, the notebook, or ledger, is not stored in one but in multiple computers in a network. In order to add data to the ledger, all the computers have to agree on the information. As there is no central entity controlling the ledger, there is no way an organisation can decide by itself what to write on the blockchain.

When applied to the pharmaceutical industry, and more specifically to clinical trials, the interest of blockchain technology seems obvious. If companies use this tool they will have to come to a consensus with all the stakeholders in the network before being able to register an information on the blockchain, the stakeholders therefore becoming midpoints taking part in the trial or regulatory organisations supervising the process. The advantage of such organisation is that the more people defending different interests there are in the network, the more chances there are to only register authentic and reliable data on the blockchain.

Various papers explore the use of this technology in clinical trials. Benchoufi et al. studied ways in which blockchain technology can be used to insure authenticity and traceability of patient consent. The study shows that the proof of existence of each consent form can be timestamped and stored in blockchains, enabling clinical research stakeholder to share consent and re-consent in real-time. Patients are notified each time there is a change in the protocol that requires them to renew their consent, allowing them to be informed of the evolution on the trial.

The paper also explores the fact that obtaining consent must be a “lock” before taking the trial further. The conditions for a trial to continue can be coded into the blockchain under the format “IF (condition) THEN (consequence)”. This system, called a “smart contract”, automatically triggers an event when the coded clauses are hit. In the case of a consent form, the smart contract could say: “IF patient consent is registered along with the patient’s unique digital signature THEN the patient can be included in the trial”.

Consent is not the only point of failure in a clinical trial. As such, Nugent et al. also explored the use of blockchain to reduce data fraud. The paper suggests a private, permissioned blockchain maintained by regulators, pharmaceutical companies and research organisations. Each document produced during the trial can be recorded on this blockchain such as the protocol or patient biological tests results. Moreover, when data privacy is required, information can be encrypted making sure that identifiable data regarding the patient cannot be unveiled. The figure below represents the flow of information that circulate in a clinical trial and the possible interactions with blockchains. 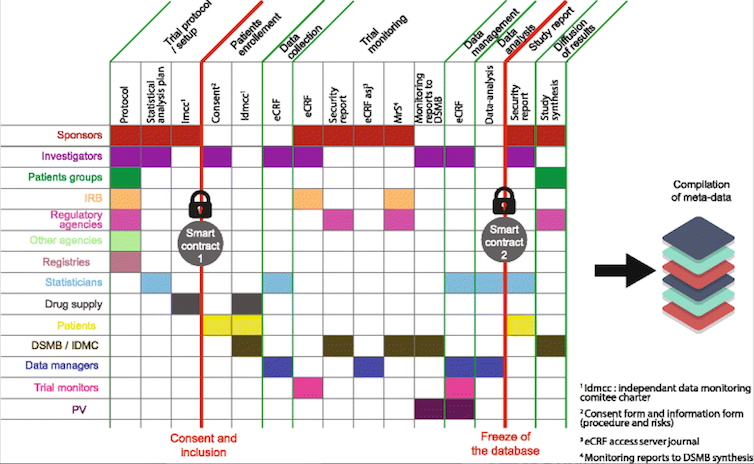 Although the technology is relatively young, it is rapidly becoming an important element in the healthcare industry as it allows to store and share information among a group of stakeholders that don’t trust each other. The main concern regarding the adoption of the technology is that fact that blockchain only has as an interest when talking about transactions at an ecosystem level. Therefore, convincing and implementing new systems in a hospital or a pharmaceutical company only is not enough. Efforts should therefore go into building consortiums of the entire industry to leverage this new disrupting technology.